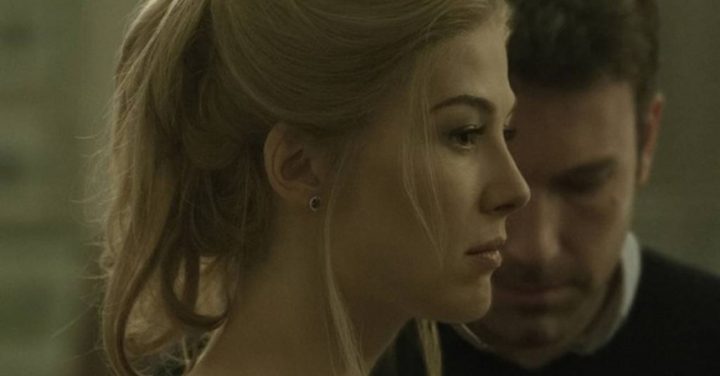 Rosamund Pike, a 34-year-old British actress who has been making movies since 1998, will be officially recognized for having a breakthrough performance in January.

Pike, who was first signed to an agent while appearing in a “Romeo and Juliet” production with the National Youth Theatre, will receive the Breakthrough Performance Award, Actress, at the Palm Springs International Film Festival Awards Gala Jan. 3 at the Palm Springs Convention Center.

She’ll join previously announced honorees Julianne Moore, Eddie Redmayne and J.K. Simmons at the ceremony hosted by Mary Hart. The gala is sold out, but tickets are still on sale for the festival running Jan. 2-12.

Pike is being recognized for her performance in David Fincher’s “Gone Girl” opposite Ben Affleck, Neil Patrick Harris and Tyler Perry.

“Rosamund Pike perfectly taps into Gillian Flynn’s complex character from the novel ‘Gone Girl,’ bringing to life the privileged, manipulative and calculating Amy Dunne,” said film festival board Chairman Harold Matzner. “It’s hard to imagine anyone else in the role.”

Past recipients of the Breakthrough Performance Award include Marion Cotillard, Lupita Nyong’o, Carey Mulligan, Felicity Huffman, Jennifer Hudson and Jeremy Renner. In the years they were honored, Cotillard, Hudson and Nyong’o went on to receive Academy Awards, while Huffman and Renner received nominations.

Pike first came to international attention for her role in the 2002 James Bond thriller, “Die Another Day,” for which she was nominated for the Cinescape Genre Face of the Future Award. She’s been nominated for three British Independent Film Awards, winning in 2005 for Best Supporting Actor/Actress for her role in “The Libertine.”

She also was nominated for two 2011 London Critics’ Circle awards, winning the British Actress of the Year for “Barney’s Version.”

Her other film credits include “An Education,” “The World’s End,” “Jack Reacher” and “Wrath of the Titans.”

The Palm Springs International Film Festival Awards Gala is presented by Cartier and sponsored by Mercedes Benz and “Entertainment Tonight.” The city of Palm Springs, which annually donates more than $350,000 as the festival title sponsor, considers the 26-year-old festival its flagship event.