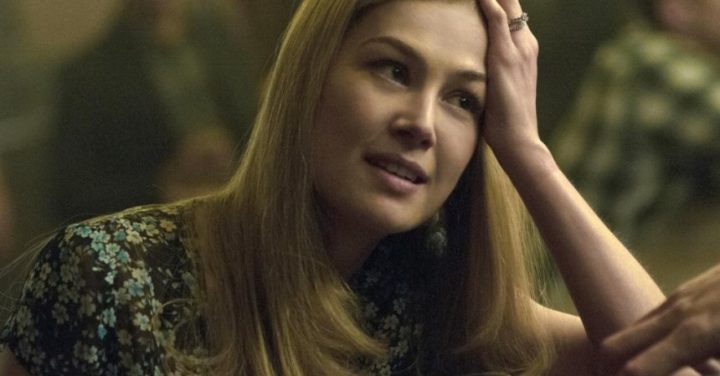 After acting in films for more than 12 years, Rosamund Pike is in the spotlight and turning heads for her performance in “Gone Girl.”

The Palm Springs International Film Festival has announced that the actress will be honored with its Breakthrough Performance Award, Actress at its Awards Gala in January.

Pike and Ben Affleck star as a wife who goes missing and a husband who falls under suspicion in the film based on a bestseller book by Gillian Flynn. The story is full of twists and turns, and plays on the idea that looks can be deceiving.

The 35-year-old actress made her film debut in 2002 in the James Bond film “Die Another Day” and has appeared in films such as “Doom,” “Jack Reacher” and “Wrath of the Titans.”

“Rosamund Pike perfectly taps into Gillian Flynn’s complex character from the novel ‘Gone Girl,’ bringing to life the privileged, manipulative and calculating Amy Dunne. It’s hard to imagine anyone else in the role,” film festival Chairman Harold Matzner said in a news release. “For this outstanding performance it is an honor to present her with the 2015 Breakthrough Performance Award, Actress.”

The Breakthrough Performance Award has previously been given out to actors such as Lupita Nyong’o, Carey Mulligan, Jennifer Hudson and Jeremy Renner.

Pike joins the already announced Julianne Moore and Eddie Redmayne as honorees at the festival’s awards gala on Jan. 3 at the Palm Springs Convention Center.