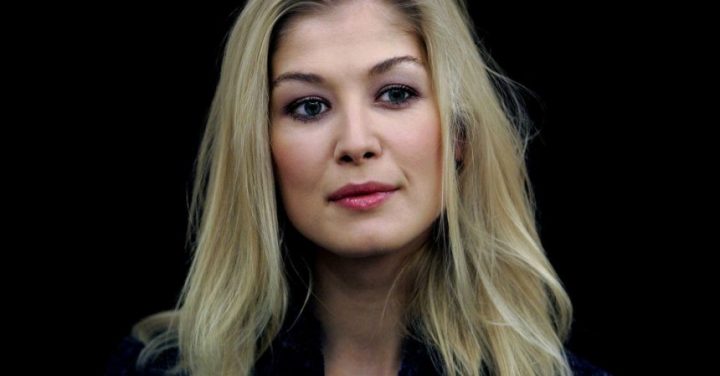 Rosamund Pike is being honored with the Breakthrough Performance Award, Actress at its annual Awards Gala during the 26th annual Palm Springs International Film Festival.

The Awards Gala takes place January 3 at the Palm Springs Convention Center and the festival runs from January 2-12.

“Rosamund Pike perfectly taps into Gillian Flynn’s complex character from the novel “Gone Girl” bringing to life the privileged, manipulative and calculating Amy Dunne.  It’s hard to imagine anyone else in the role,” said Film Festival Chairman Harold Matzner. “For this outstanding performance it is an honor to present her with the 2015 Breakthrough Performance Award, Actress.”

Past recipients of the Breakthrough Performance Award include Marion Cotillard, Lupita Nyong’o, Carey Mulligan, Felicity Huffman, Jennifer Hudson and Jeremy Renner.  In the years they were honored, Cotillard, Hudson and Nyong’o went on to receive Academy Awards®, while Huffman and Renner received nominations.

Film festival organizers described the film and her role in a release Friday morning.

From the tour de force thriller that became a bestselling must-read comes David Fincher’s screen version of Gone Girl, a wild ride through our modern media culture and down into the deep, dark fault lines of an American marriage – in all its unreliable promises, inescapable deceits and pitch-black comedy.  The screenplay is by Gillian Flynn based upon her novel.  The Twentieth Century Fox film stars Ben Affleck with Rosamund Pike, Neil Patrick Harris and Tyler Perry.

Rosamund Pike was nominated for a 2011 London Critics’ Circle Award for “British Actress in a Supporting Role” for her role in Made in Dagenham. For Barney’s Version Pike earned a 2011 London Critics’ Circle Award for “British Actress of the Year” and a Genie Award nomination for best actress. Pike’s other film credits include An Education, The World’s End, Jack Reacher, Wrath of the Titans, Johnny English Reborn, The Big Year, Women in Love, The Libertine, Pride and Prejudice, Fracture, Fugitive Pieces, Surrogates, Burning Palms, What We Did on Our Holiday, Hector and the Search for Happiness, A Long Way Down and Die Another Day, according to the release.